In response to recent COVID-19 concerns, we are writing to assure our clients that we are taking recommended precautions.

Would you like to switch to the accessible version of this site?

Don't need the accessible version of this site?

Life Lessons from my Dog 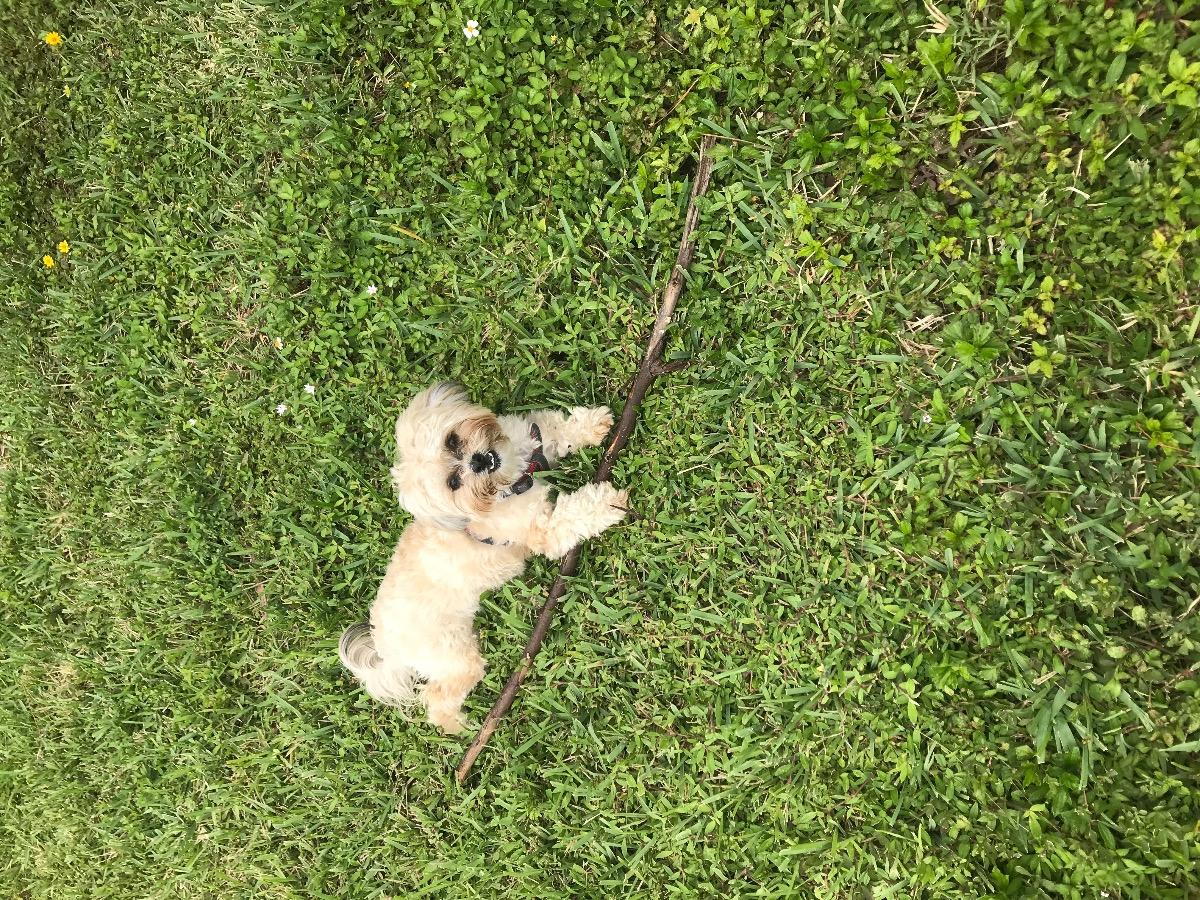 I’ve had a dog for a year and a half and it seems like every day I learn something from her. Her name is Valentina, she is a Shih-Tzu/Mini Poodle mix, she is 18 months old and weighs 9.4 lbs. She possesses a tenacity for going after what she wants and never giving up, even if that means wearing my patience when we are out for a walk. She doesn’t worry about tomorrow and she doesn’t ruminate about yesterday; she is only mindful of the present. Some may say it’s only because she’s a dog and her brain is unable to process those thoughts. While that is true, she’s living her best life ever while we’re ruminating about yesterday and worrying about tomorrow. What’s the point of having a large brain when you fill it with these sorts of things?

If you own a pet you understand that there are times that you are amazed at the kind of trouble that they can get into. I have been surprised when she reaches an object or jumps onto the bed. She never achieves it on the first attempt but she does not occupy herself with negative and self-defeating thoughts because of it. If she sees a treat that she wants she will jump up and fall down dozens of times. She never stops trying and she never berates herself for trying. She always sees herself as getting that item and to my dismay she usually does. Once she achieves her prize, she thoroughly enjoys it. She doesn’t spend her time agonizing on how she could have gotten it on jump number 15 instead of jump number 17, she does not think “if only I would have …”  Isn’t that what we do? We can’t just congratulate ourselves for what we achieved instead we can nitpick on how we did it and how it could have been better and how others have done it better? She never thinks, “Am I good enough?” What does that even mean? Who are you referring to? That thought would not be helpful to Valentina and therefore she doesn’t entertain it.

I have seen her grapple with sticks too big for her body. She loves to play fetch with any object but sticks are her absolute favorite. She has not perfected the game because she’ll fetch it and then take it to her favorite spot to lay down with it and gnaw on it. I’ve tried to tell her that we’re playing Fetch wrong but how can she be doing something wrong when she enjoys it so much. Who said it’s wrong for her? I digress, the point is that Valentina does not discriminate which sticks she goes after. Even if the stick is too big she will chase after it and try to carry it. When she’s running after it experiencing pure joy and fun she never thinks, “oh wow, this stick is too big. I can’t do this, I should just stop now.” I’ve seen her chase after the stick, carry it a few feet at a time and enjoy the entire process.

What have I learned from Valentina?  1)To be in the present and mindful of those moments? Distracting myself from the present with worries, electronics, food and alcohol only distracts me from meaningful experiences. 2) When trying to achieve a goal, there is no room for negative and self-defeating thoughts. There is power in positive thinking and there is room for self-compassion when there is adversity. 3) No task is ever too big. If you really want to accomplish it you’ll find a way to break it up into smaller parts to achieve it. It’ not about it being an “All or Nothing” Scenario.  There is no perfection in the real world. If the fetch stick is too big why not chase after it, carry it a few feet and then gnaw on it the rest of the time. There is no room to second guess yourself when you are living your life.
Doesn’t it look like Valentina is living her best life ever?

We look forward to hearing from you!